Substantially in Excess and Permissive Exclusion

AMARILLO, TX - To help combat waste, fraud, and abuse, the Social Security Act has empowered the Department of Health and Human Services to exclude providers/suppliers from participation in Medicare and Medicaid.

Substantially in Excess and Permissive Exclusion

AMARILLO, TX - To help combat waste, fraud, and abuse, the Social Security Act has empowered the Department of Health and Human Services to exclude providers/suppliers from participation in Medicare and Medicaid.

AMARILLO, TX – To help combat waste, fraud, and abuse, the Social Security Act (SSA) has empowered the Department of Health and Human Services (HHS) to exclude providers/suppliers from participation in Medicare and Medicaid under certain specified conditions. HHS delegated this authority to the OIG. 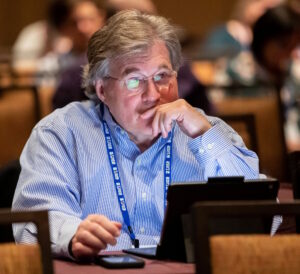 The SSA includes provisions for both mandatory and permissive exclusion. Exclusion is mandated upon certain types of criminal convictions, including conviction based on the provision of Medicare or Medicaid services, any conviction for patient abuse, or felony conviction related to health care fraud or controlled substances.

The SSA also provides for broad powers of permissive (or discretionary) exclusion with an assortment of predicate actions that trigger this authority. Most types of permissive exclusions are derivative in nature, in that they require a prior administrative or judicial determination. For example, a conviction for financial misconduct or a misdemeanor (pertaining to controlled substances) are possible grounds for exclusion.

Pursuant to 42 USC § 1320a-7(b)(6)(A), the OIG may permissively exclude an entity from participation upon a determination that the entity:

The statute includes at least four phrases that require clarification:

Lack of clarification might result in a court finding the statute to be void for vagueness. It is likely out of a concern for such an outcome that the author’s research has not revealed any litigation or other enforcement action brought under this statute.

Lack of Regulatory Guidance
The OIG has attempted on three separate occasions to clarify the statute. In 1990 it invited public comment on whether and how to define “substantially in excess of” and “usual charges or costs.” Submitted comments generally agreed that guidance would be helpful but disagreed over appropriate definitions. A subsequent attempt to add clarifying regulations also failed. Most recently, in 2003, the OIG again attempted to define what kind of excess would trigger exclusion. This last attempt similarly ended in failure.

As of now, there is no agreed-upon guidance for how to determine an entity’s usual charges or cost nor how wide a price or cost discrepancy would have to be in order for the OIG to find the claim “substantially in excess” of the entity’s usual charges. That said, because the 2003 attempt is the most substantive attempt the OIG has made to date to interpret the statute, the proposed, but ultimately withdrawn, clarifying regulations are often cited for guidance.

The 2003 Guidance Attempted to Define “Substantially in Excess,” “Usual Charges,” And “Good Cause”

The proposed regulation defined “substantially in excess” to cover scenarios where the entity charged the government greater than 120% of its “usual charge” for such item or service. This “120%” provision is sometimes referred to as the 17% rule, since a discount rate greater than 16 2/3% below the government price would trigger the prohibition.

Among “usual charges,” the proposed guidance included amounts billed to cash patients (including only the amounts that the supplier or provider makes a good faith effort to collect); amounts billed for patients covered by indemnity insurance with which the provider has no contractual relationship; any fee-for-service rates the entity contractually agrees to accept from any payor, including any discounted fee-for-service rates negotiated with managed care plans (including Medicare Advantage and Medicaid Managed Care Plans); and rates offered to TRICARE. The guidance specifically excludes any rates set by Medicare or other state or federal health care programs (excluding TRICARE).

The OIG never settled on a method for calculating the usual charge. The OIG considered two separate methods: the “average” method and the “50th percentile” method. The average method just added up each separate charge for the item or service provided and divided the sum by the total number of discrete charges. The 50th percentile method used the median charge as the usual charge (and used the range between the two nearest charges where the number of charges is even and the two charges nearest the middle are not identical).

Lastly, the proposed amendment offered guidance on what would qualify as “good cause” for exceeding the 120% threshold. In addition to the usual cases of unusual medical circumstances requiring increased cost of care, the OIG proposed an additional good cause exception based on “cases where the higher charge or cost submitted to Medicare or Medicaid is a result of increased costs associated with serving program beneficiaries.”

1:30-2:30 p.m. CENTRAL TIME
Manufacturers are increasingly bringing to market innovative products designed to be used by patients in their homes. In order to successfully launch a new product, manufacturers must understand the impact and role of HCPCS codes, Medicare coverage, and payment rules as these will heavily influence how manufacturers can market the new product.  Equally as important, DME suppliers need to recognize how HCPCS codes, Medicare coverage and payment rules will impact their ability to sell the new products. This program will take the often confusing guidelines regarding coding, coverage and payment … and break the guidelines into plain language.