Moving the Caretail Business Into a Separate Legal Entity

Moving the Caretail Business Into a Separate Legal Entity

Separate Legal Entity
As the DME supplier expands its retail business it should consider moving the retail business into a separate legal entity. There are two fundamental reasons for this: 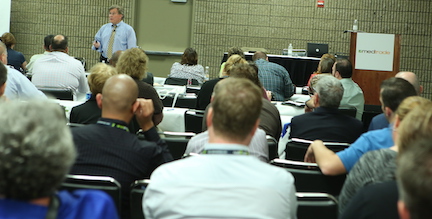 Discounts to Cash Customers
The DME supplier may desire to sell Medicare-covered items for cash at a discount off the Medicare allowable. In so doing, the supplier needs to be aware of the statute that says that a provider/supplier is prohibited from charging Medicare substantially in excess of the company’s usual charges, unless there is good cause. The current regulations do not give any clear guidance on what constitutes “substantially in excess” or “usual charges.”

The proposed rule would include charges of affiliate companies into the calculation of a supplier’s usual charges.&nbsp; An affiliated company is any entity that directly or indirectly, through one or more intermediaries, controls, is controlled by, or is under common control with the DME supplier. The proposed rule explicitly excludes fees set by Medicare, State health care programs, and other Federal health care programs (except TRICARE). By implication, charges not specifically excluded will be included. CMS declined to promulgate the proposed rule into a final rule. Nevertheless, this proposed rule gives insight into CMS’ thinking.

Sales Tax
When a DME supplier ships products into another state, the question is whether the supplier must collect sales tax in that state. The general rule is that a state cannot require a DME supplier to collect sales tax if the supplier (1) does not have a physical presence in the state and (2) does not have sufficient connections with the state to create a “substantial nexus.” Quill vs. N. Dakota, 504 U.S. 298, 311 (1992). Because of the general rule, many states have strengthened their efforts to establish that DME suppliers (shipping into these states) have a “substantial nexus” in their states. A state may assert that a “substantial nexus” occurs when an out-of-state supplier has an employee … or a warehouse … in the state.

Sharing Space With a Non-Provider
A DME supplier may desire to lease some of its retail showroom space to a “lifestyle” company, that is not a health care provider, in which the lifestyle company offers products and services that will help the aging Baby Boomer enjoy the active lifestyle that he or she is accustomed to having.

Assume that ABC Medical Equipment, Inc. desires to lease a portion of its showroom to XYZ Senior Lifestyle, Inc. XYZ is not a Part B supplier; it sells items for cash. It will be important for ABC to retain at least 200 square feet and continue its Medicare Part B business operations in accordance with the Supplier Standards. When the NSC inspector comes on-site to inspect ABC, it will be important that ABC’s and XYZ’s spaces be configured so as to avoid any confusion on the inspector’s part.

Use of Social Media
“Social media” is a way for people to communicate and interact online. Social media has been around since the dawn of the Internet, but in the last ten (10) years or so we’ve seen a surge in both the number and popularity of social media sites. The future of the DME industry is the servicing of the 78 million “Baby Boomers” who are retiring at the rate of 10,000 per day. Unlike their parents (the “Greatest Generation”) Boomers are comfortable using social media. The forward-thinking DME supplier will utilize social media to (i) advertise to prospective customers, (ii) stay in touch with existing customers, and (iii) monitor patient outcomes.

Internet Leads
When a DME supplier signs a lead generation agreement with a lead generation company (“LGC”), the supplier needs to be careful not to violate the Medicare anti-kickback statute. It is acceptable to purchase a lead; however, it is a violation of the anti-kickback statute to pay for referral. The line between the two can be blurry. It is acceptable for an LGC to obtain basic information from a lead (name, address and telephone number) and sell this “raw” lead to a DME supplier. The supplier can, in turn, pay the LGC on a per lead basis. If, however, the LGC obtains “qualifying” information on the lead (e.g., Medicare number, other insurance information, medical condition, physician’s name, products currently being used, etc.) and sells the qualified lead to the supplier which, in turn, pays for the lead on a per lead basis, then it is likely that the government will take the position that the supplier is not buying a lead, but is paying for a referral … which violates the anti-kickback statute.

HIPAA Restrictions on Marketing
The Health Insurance Portability and Accountability Act (“HIPAA”) requires “covered entities” to obtain a valid authorization from individuals before using or disclosing protected health information (“PHI”) to market a product or service to them. HIPAA broadly defines “use” of PHI to include the sharing, employment, application, utilization, examination, or analysis of such information. 42 CFR &sect; 160.103. The new HIPAA definition of marketing states what is not marketing:

Promotional Items
The DME supplier can offer an item of nominal value (i.e., retail value of not more than $15) to customers/prospective customers covered by a government health care program. Over a 12-month period, the DME supplier may not give items to any one customer that have a combined retail value greater than $75.