WASHINGTON, DC – Events were still in flux last week at press time, with AAHomecare receiving confirmation that competitive bidding rural relief legislation was starting to move through the hotline process in the Senate. The bill is first being cleared through the Senate Finance Committee, who had until noon on Thursday (last week) to object to the bill.

The legislation going through the “hotline” is similar to S. 2736, The Patient Access to Durable Medical Equipment Act, but has been changed by the original lead sponsors in response to a revised CBO score on the original bill that nullified its previous budget-neutral status.

The new legislation differs from S. 2736 in these ways:
• Shortens the delay for application of the next round of cuts to the bidding program from 15 months to 12 months;
• Bid ceilings for future bidding rounds will be at the levels established at the bid rates in effect on July 1, 2016 (the Round 2 Recompete rates) instead of at the unadjusted fee service rates in effect on December 31, 2015;
• If the Senate hotline process is successful, a request for the suspension calendar has to be made by Friday at 5:00 pm to be considered in the House next week. 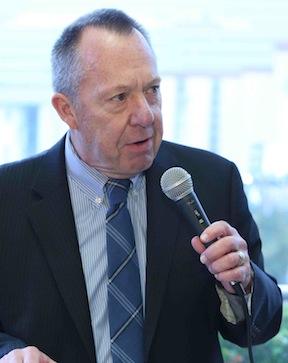 “Pull Out all the Stops” – What You Can Do to Support the Effort
In a message to members last week, AAHomecare officials stated that they “will work with State Association leaders and individual companies to reach out to any Senate offices that raise an objection. At this point, your focus should be on continuing to advocate for additional House co-sponsors and support for H.R. 5210.”

To date, there are 107 co-sponsors in the House, including 12 on the Ways & Means Committee, and 22 on the Energy & Commerce Committee. Champions in the House have let advocates know that now is the time to “pull out all the stops” to make a last push there.

If your Representative in the House is not listed among the 107 current co-sponsors, call their offices and ask that they co-sponsor and support H.R. 5210. You can find office contact information in AAHomecare’s Congressional Directory. In addition, while there is solid support on the influential Ways & Means and Energy & Commerce Committees, any additional support from these committee members who are not yet on board would be especially helpful to the cause:

“If the Senate hotline process is successful, next week [week of June 20] will give us our final chance to pass rural relief legislation before the House heads to recess on June 24,” wrote AAHomecare officials. “Thanks to the steadfast efforts of our champions on Capitol Hill and tireless work by so many of you, we are close to a win for our industry – let’s answer the call from the Hill to pull out all the stops as we make one last push this week and next week.”

CMS Denies Negative Health Outcomes or Beneficiary Access Issues Due to Competitive Bidding
WASHINGTON, DC – In a June 7 blog post, CMS Deputy Administrator and Director Sean Cavanaugh claimed that health outcomes data shows there have been no negative effects stemming from the Jan. 1 bidding-derived reimbursement cuts for rural providers and other HME companies in non-bid areas. Specifically, Cavanaugh states, “We have been monitoring health outcomes data closely and have not detected any changes in the number of deaths, hospital and nursing home admission rates, monthly hospital and nursing home days, physician visit rates, and emergency room visits in 2016 (after the new, adjusted DMEPOS payment rates were in place) compared to 2015 (before the new, adjusted DMEPOS payment rates) in the non-competitive bidding areas.”

Cavanaugh went on to say there has been a high acceptance of the new payment rates from providers and suppliers and steady health outcomes in non-bid areas, and the amount of supplies and services furnished has remained steady. This leads CMS to believe that providers are accepting the adjusted payment rates and are still able to provide the same volume of supplies to beneficiaries.

AAHomecare’s response to these preposterous claims outlines several key questions about the dates of observations CMS used and the types of data that were and were not included. Our response also highlights historical issues with the competitive bidding program.&nbsp; Our response has been shared with members of Congress and we encourage providers to reach out directly to your Senator and Representative to point out the error of CMS’ claims before implementation of the phase-in of the fully adjusted DMEPOS fee schedule on July 1.

It is critical for Congress to have additional information before determining the impact of beneficiary health outcomes and access to medically necessary home medical equipment as a result of the expansion of the competitive bidding program into rural and non-bid America. Past experience with the bidding program demonstrated negative outcomes for beneficiaries in bid areas, and there is not enough data to evaluate the effects of the Jan. 1 cuts before proceeding with additional cuts of 25% or more for providers in less populated areas.&nbsp; Urge your legislators to pass the Patient Access to Durable Medical Equipment Act of 2016 legislation before July 1, 2016.